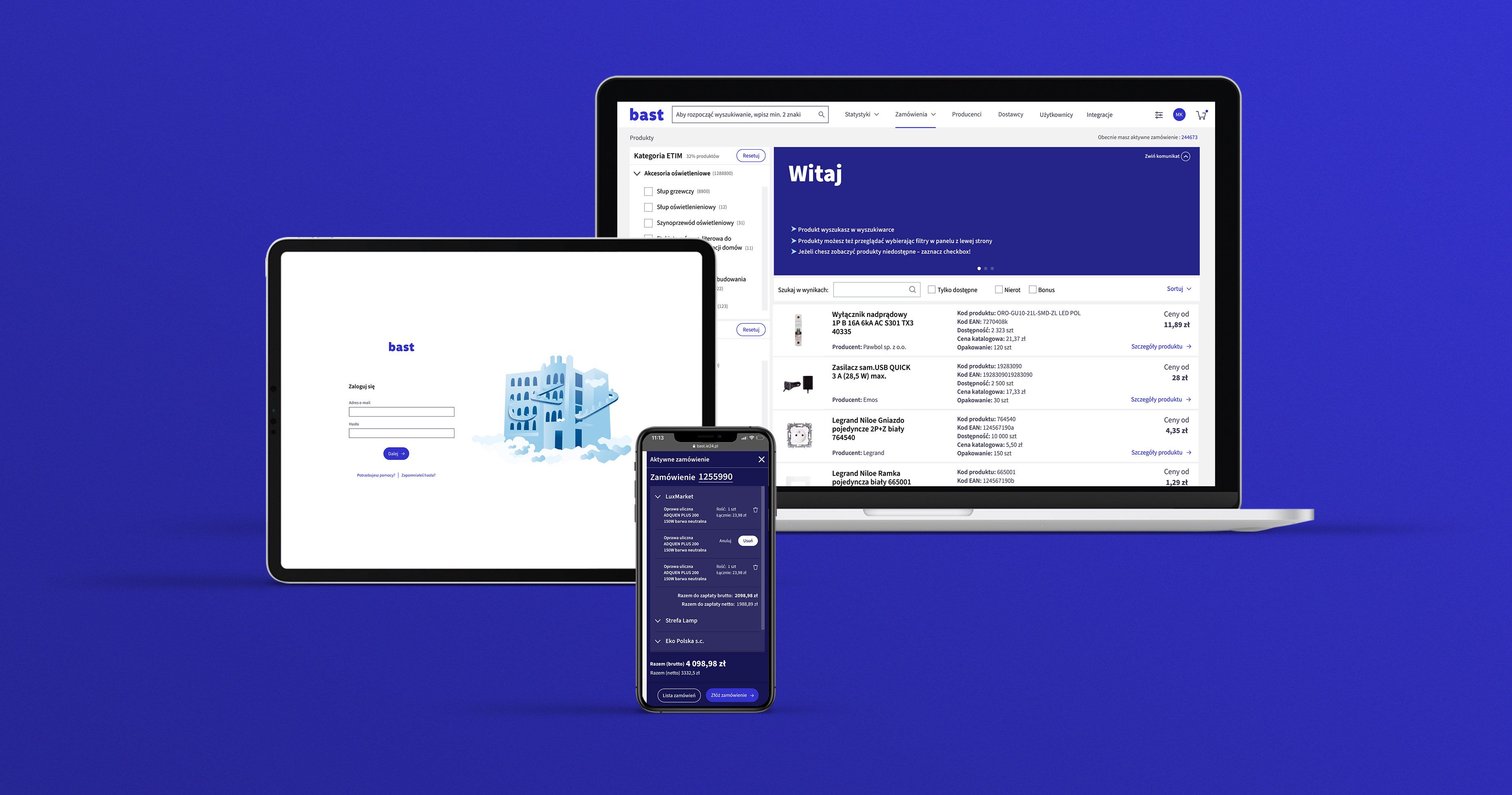 A warehouse in the cloud.

BAST – a system for a procurement group.

BAST is a system that integrates over 300 warehouses and manufacturers in the electric and lighting industry. The data it exchanges is available to the Group Members directly in their ERPs or via the web application we created. Inter-Elektro S.A. is a procurement group set up in order to represent common interests of the electric goods warehouses belonging to the Group. At the moment the Group includes over 50 electric goods warehouses and their cooperation aims to reinforce the position of the entire Group as well as its individual members on both Polish and European distribution markets. The key factor that brought about the dynamic development of Inter-Elektro S.A. and which constantly reinforces its position amongst the leaders of electric goods distributors in Poland is its close cooperation with all the leading suppliers and completion of a number of new and innovative projects.

Members of the Procurement Group cannot make full use of its potential despite their membership.

Product availability is the key value that every distributor (Inter-Elektro S.A. member) would like to supply their clients with. Small and medium-sized distributors are not able to compete with product availability on the market which is becoming more and more consolidated allowing large entities to sometimes gain almost a monopoly. The benefits from integrating Inter-Elektro members include: • achieving product availability and being able to make full use of it; The Group from each of the Members, • sharing the cost of integration with the Producers, • reducing the amount of slow moving stock and thus releasing „frozen” financial resources. 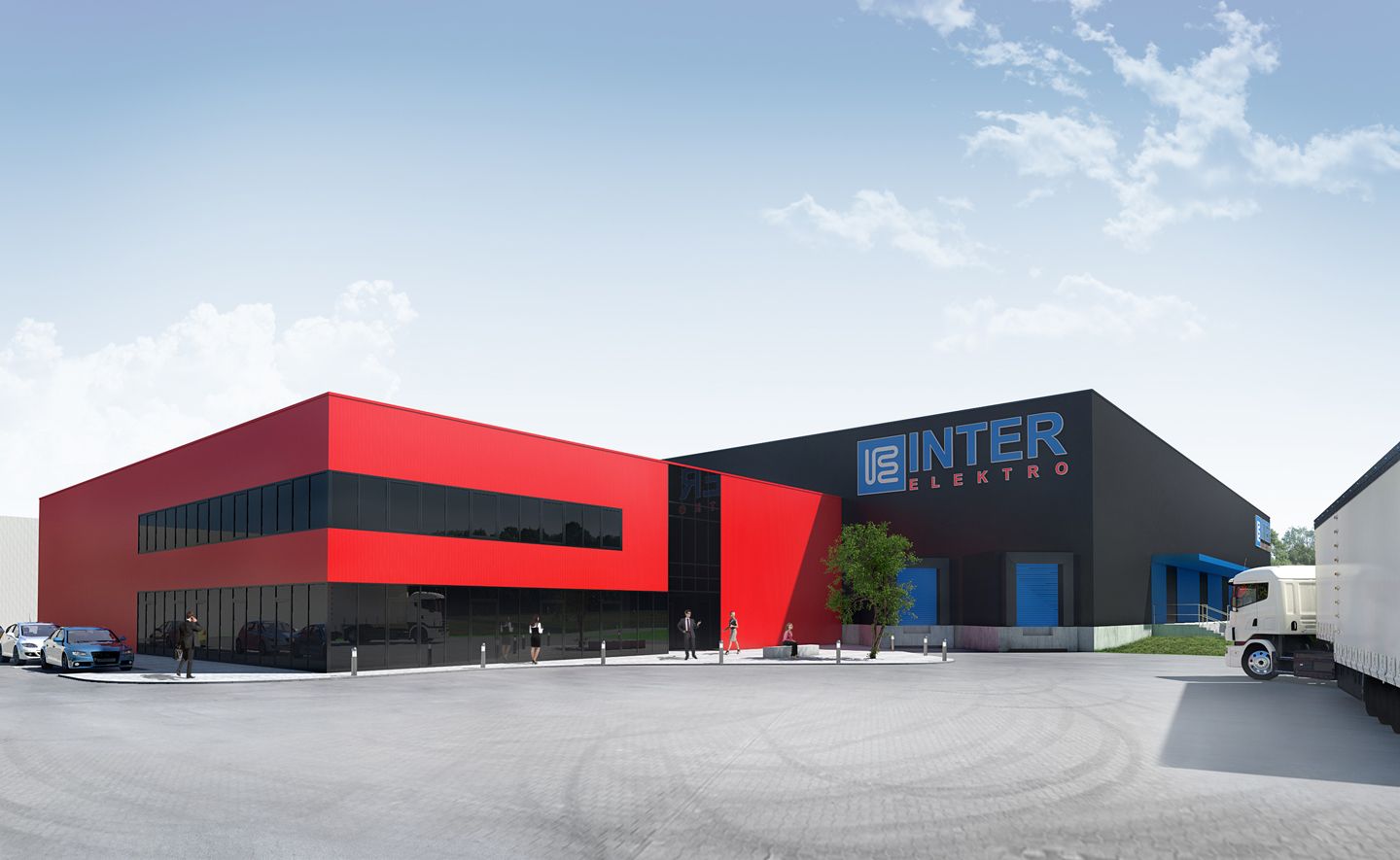 What if every Member of the Group had another large virtual warehouse?

The suggested solution is a system of an integrated network of electric goods warehouses, which: 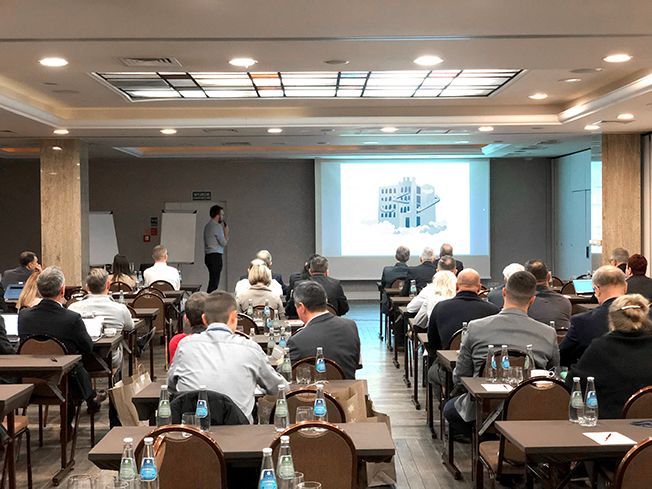 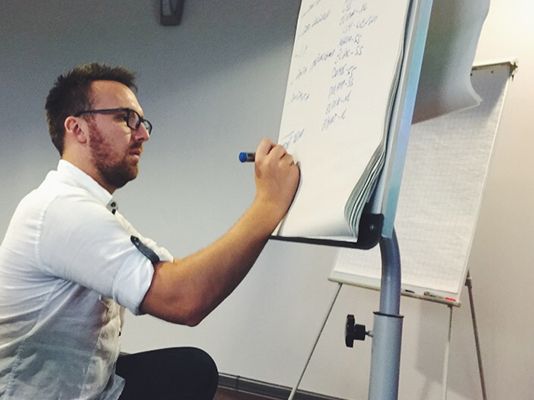 Our task is not only to implement the system but also to identify the needs, to plan activities, to design functionalities and to offer suggestions on the development of the system as well as to deliver regular presentations. Coordinating the implementation with the individual Group Members is also quite a challenge. All this makes us become more of a technological partner than “simply” just a contractor that develops the System. 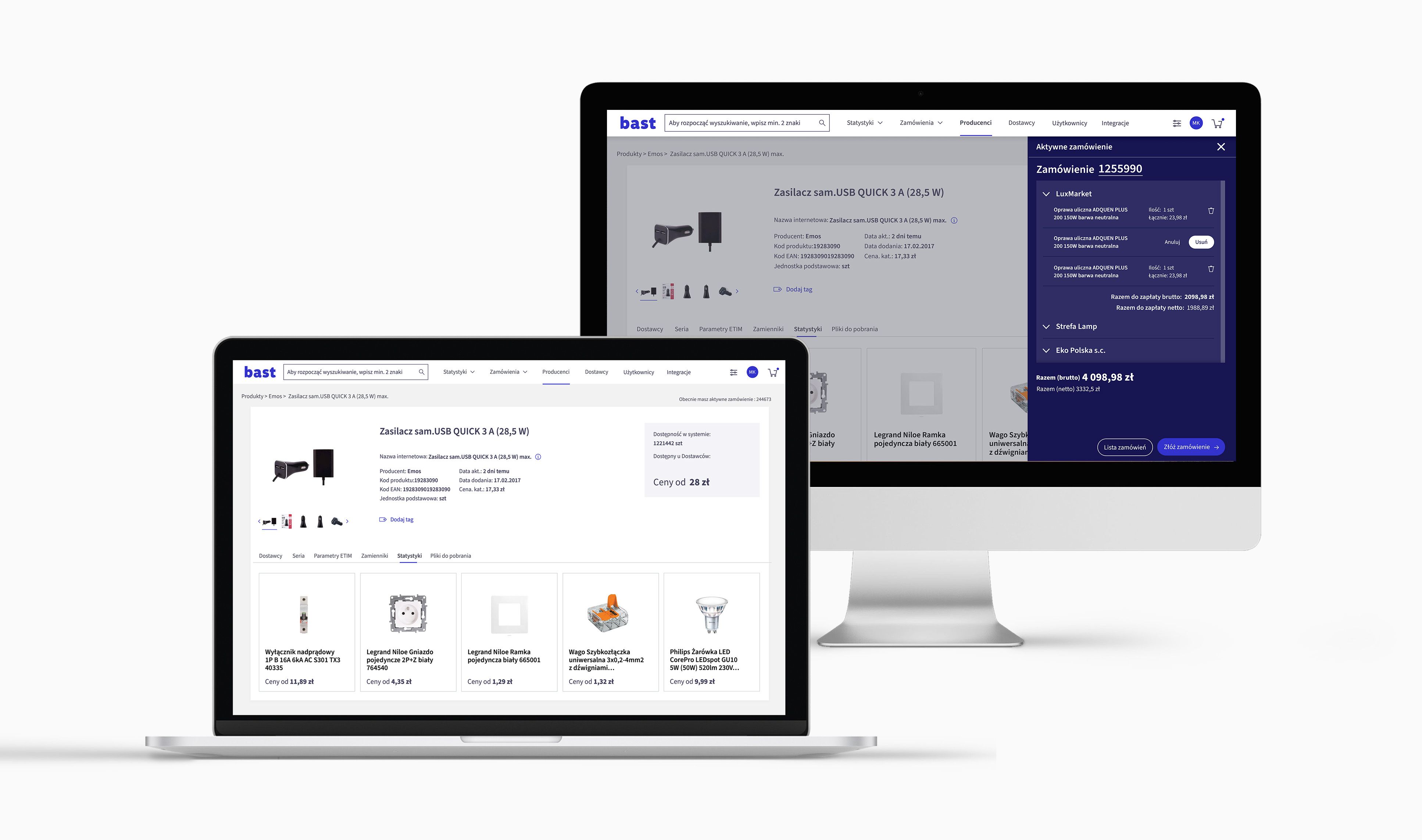 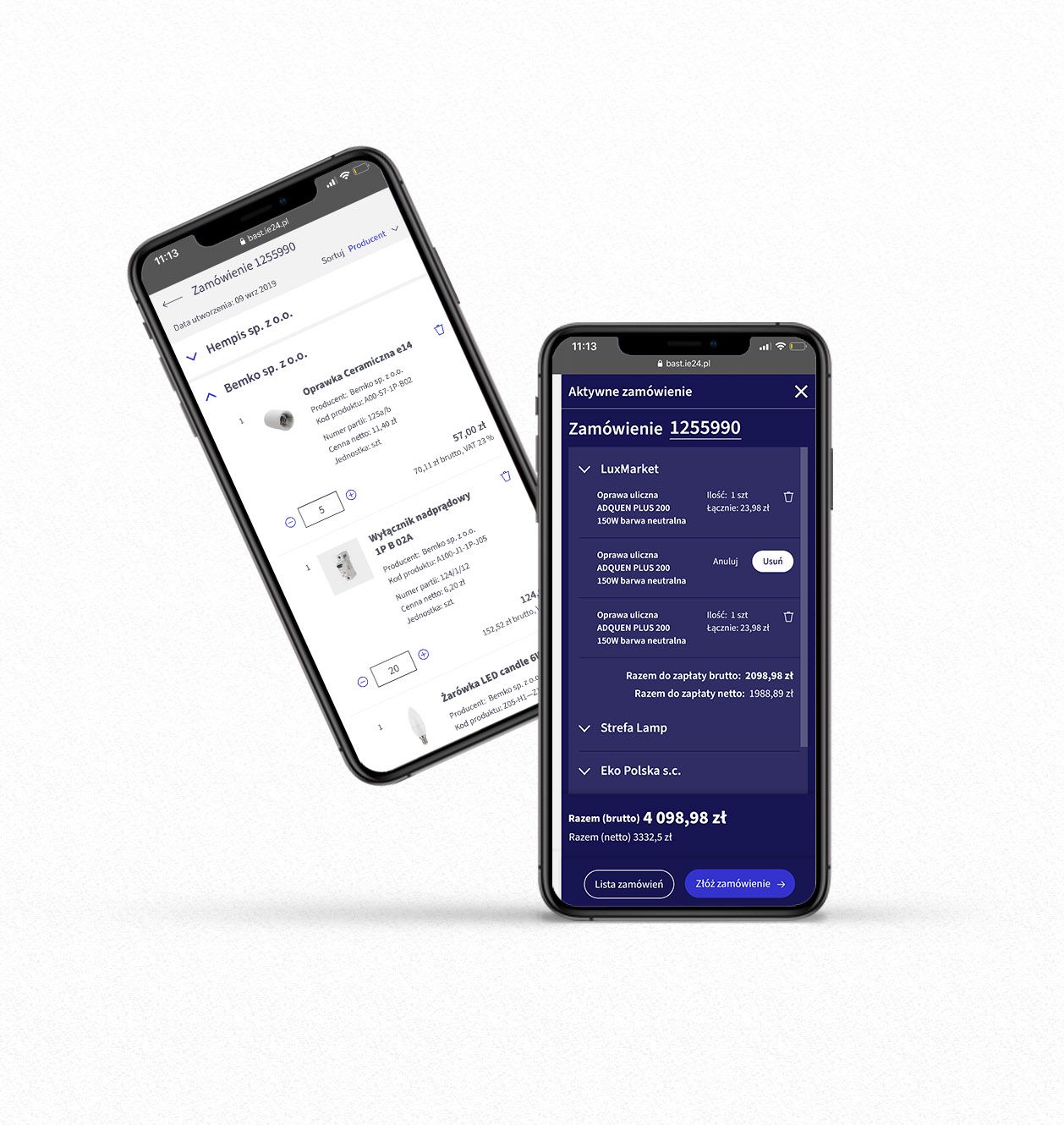 Iteration workflow in the project 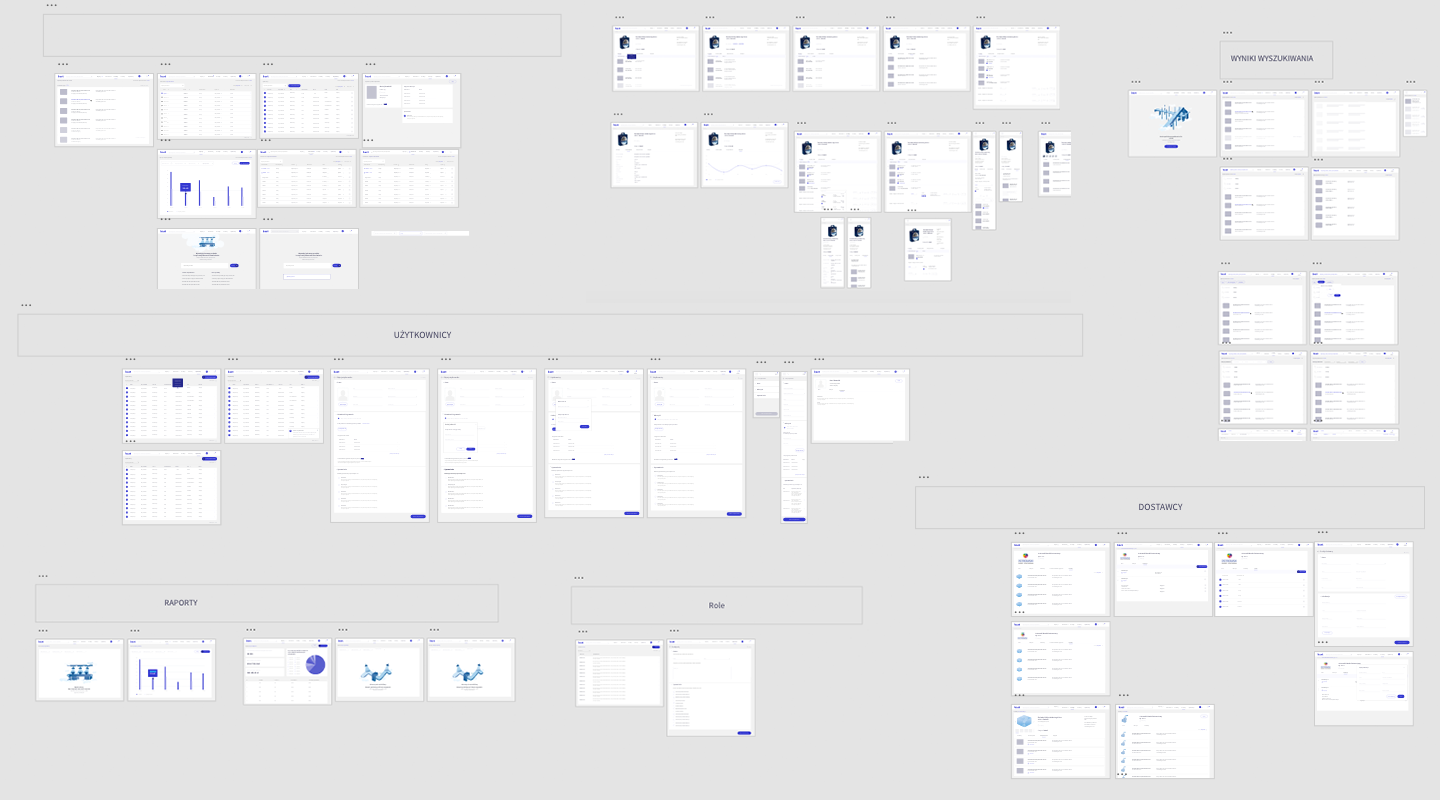 To design the UX and the interface is to plan the processes that the Users will have to follow and then to use a library of items such as tables, forms, buttons, tabs, menus, etc. in order to create these processes. 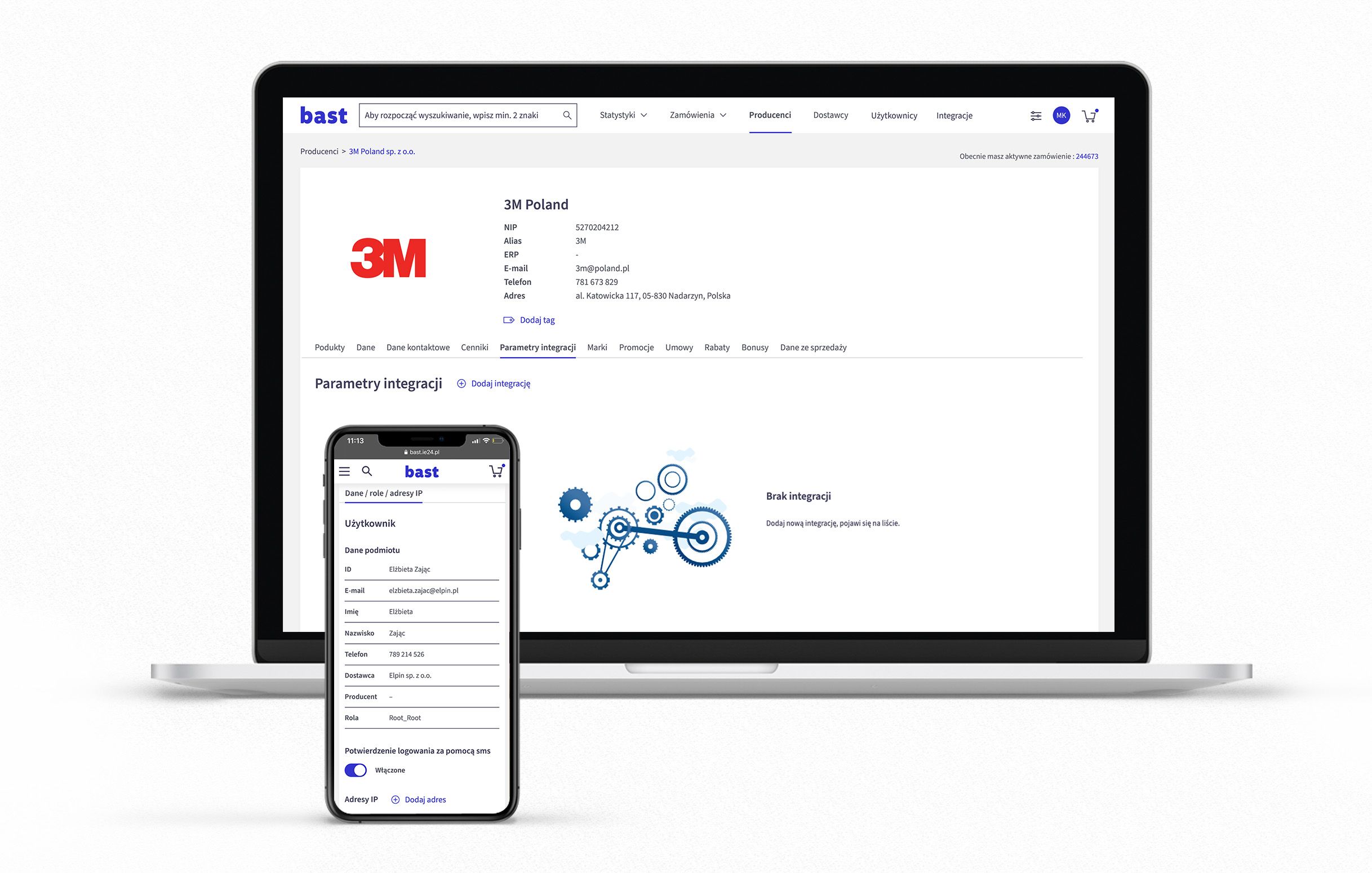 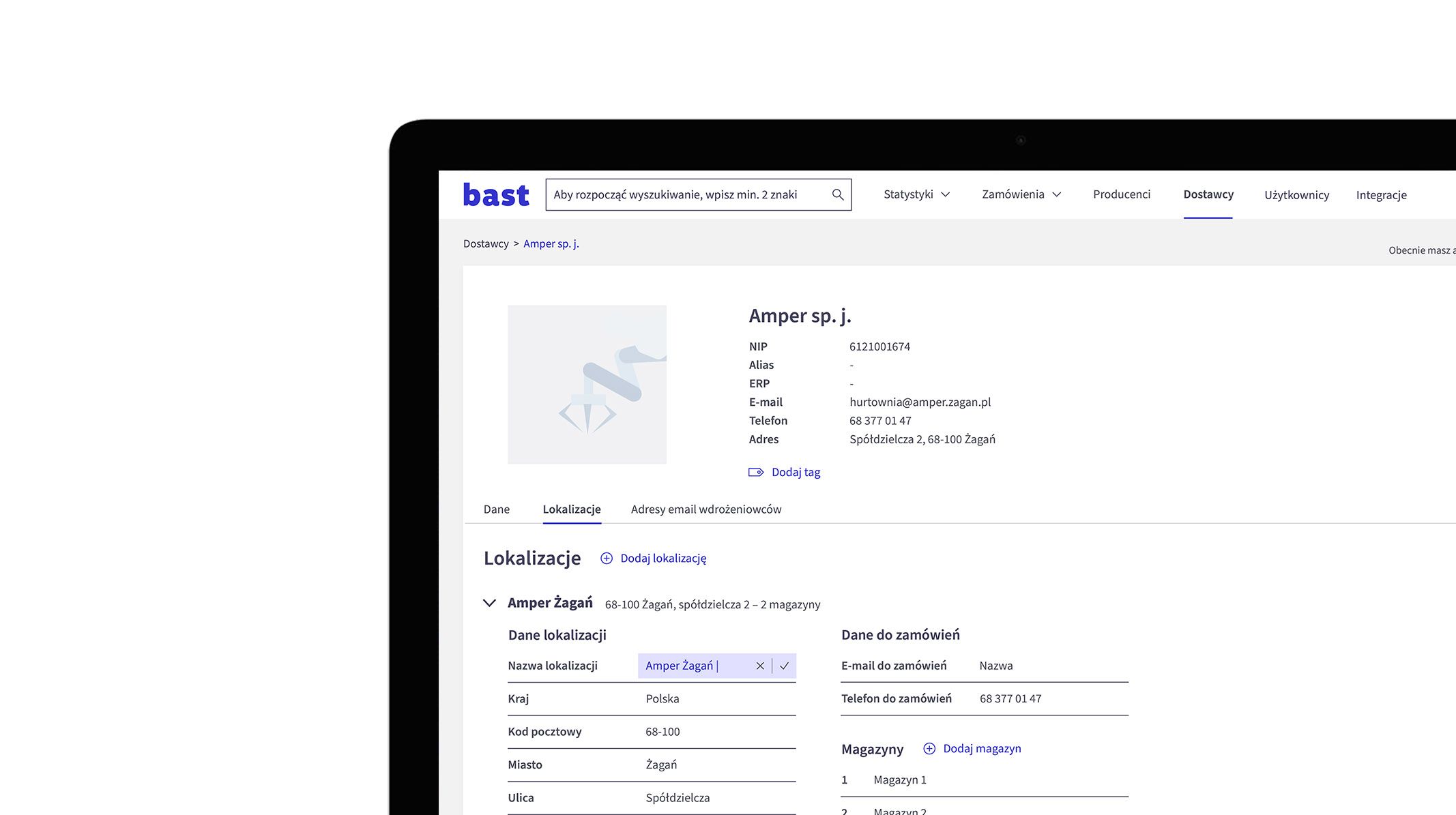 We believe that IT systems should be organic. And so, while carrying out a project we analyse its impact on the organisation, modify the tasks and re-define business goals.

Close cooperation with the management of the Group allowed us to understand the goals not only for this particular project but also for the Procurement Group and its individual Members. As a result the system has become the key element for the Company’s ecosystem. At the same time, the evolution of the individual Members proceeds at a pace adjusted to the needs and possibilities of each individual Member separately. We have cooperated continuously since 2017, and the Chairman of the Board has summed up our to-date activities as follows: 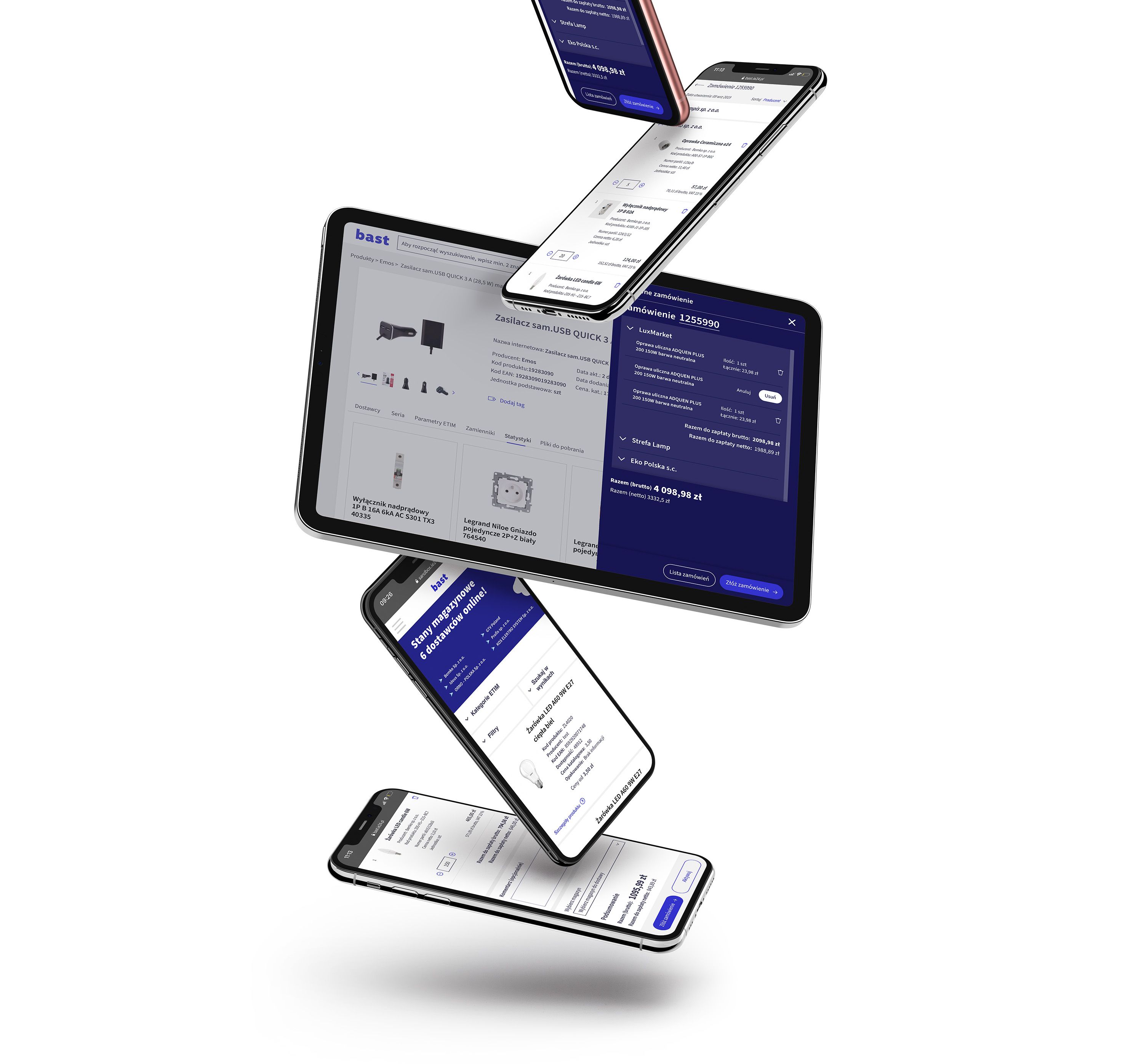 "We started our cooperation with grupa KMK on the BAST system in 2017. Since then the project has been developed and managed perfectly. The distinguishing features of grupa KMK is keeping to deadlines, flexibility, availability, professional attitude and most importantly the ability to present complicated IT solutions in an understandable way”.

Zbigniew Mastek, Chairman of the Board of Inter-Elektro